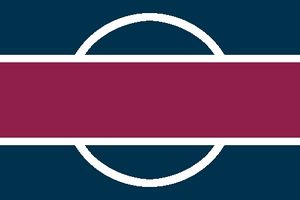 Shigu (Japanese:シーグ, Ancient:"Sieg") is a region that spans the massive range of Northern areas of the planet Tal, including Astna plain, Tatla desert, and Thekan. It is where comprised of Northern Sergals mainly and can be said to the birthplace of the Sergal race.

The historical fluctuation is very large, it can be briefly divided into three stages; the period of the primitive and traditional lifestyle before the war, the period of the Shigu Kingdom from the unification by General Rain to the beginning and the end of the world war, and the postwar period of Shigu Dukedom in the modern era.

In the past, it was an unexplored area covered with the primeval forest of the Talyxian biomes. Except that primitive Northern Sergals tribes were scattered and living, was not having adequate Eltus technology and civilized lifestyle. Until Rain's emergence as a leader and her efforts to unify the Northern tribes, there was no even the name of the country as well.

Since the year of the Rain-Calendar 20, it was unified as the name of the Kingdom and Rain Silves' clan, formed from a conglomerate of unified tribes under one flag.

The "Shigu Kingdom" collapsed during the late stage of world war. And after the end of the war, it reconstructed as the "Shigu Dukedom", developed as a large city of Northern Tal.

The name began as "Sieg", it's also used by ancient and primitive sergals who were known as "Sieg".

The word "Sieg" means "Sergal race" itself or "we/us/our" in Northern primitive language, Sieg language. "Sieg" is the original word and it referred to both race and place. That is a different language speech entirely separate from Shigu.

This section describes a common lifestyle that was done on a broad range of Northern lands during this period.

Since year 16 of the Rain-Calendar, General Rain unified the whole Northern region as the Shigu clan through her leadership. However, before RC16, Northern regions were unexplored and covered with primeval forests of the Talyxian biome, and there was no boundary as a country or nation.

Most of the places had not been civilized, technological development had been frozen due to lack of Agudners. There were scattered villages, settlements, and tribal groups in places where people can live.

The rare and illusive Talyxian-Wolves have been considered as a being of holy stature amongst the traditional northern folks, they are the core religious object in primitive belief in North.

Lifestyles differ depending on the type of tribe and clan, but almost their lifestyles were totally in a formatted framework, and they repeated similar lives every day like an animal.

Because there was no civilized and developed language almost and the boundary as a country, people used their spiritual connection to the forest as their main source of moral guidance instead of the way of formal laws. Their communication was generally confined to animal-like primitive cries, body language, tacit understanding, and common recognition that they can understand it without words.

There were almost only Northern sergals as Eltus race inhabitant, due to this, if mention roughly "Northern people", it refers to sergals in most of the cases.

There were a very few Northern agudners also, but due to their few numbers and reason that sergals who can transact with them were very limited, so Northern lands didn't occur large-scale civilized development a long time, unlike the Southern and Eastern Tal.

The kinds of words were very little, and many people were not able to speak fluently.

The best group at using language was people who belong to the shaman clan. People other than shaman clan's were mostly using animal-like cries, body language, and tacit understanding. A part of them sometimes used spoken words but their speeches were still relatively simple and had a distinctive broken speech pattern.

Written words are limited to a special and ritual element that only experienced and matured Shaman sergals who belong to Shaman Clan can perform.

Even a "having one's name" depended on a very special and limited opportunity, due to this, people had no even name of an individual if they had no person who can give a name. These nameless people were referring to each other while using very simple and temporary names while being referred to their physical characteristics.

Generally, treating words itself was considered as a very special and ritual ability that has a spiritual significance which only shamans can perform. It was believed that the civilized language which has clear pronunciation has special spiritual power.

Northern people before the war can be briefly divided and classified into three clans; Brave Clan, Shaman Clan, and Sieg Clan.

Depending on these clans, they were having a totally different lifestyle, role, ability, and diet.

The appearance of Rain Silves and her subsequent rise to dominance led to a major shift in the Northern lifestyle. She unified the whole of the Northern land and founded Shigu as her military state Kingdom.

Shigu is known as a Kingdom consisting of Northern Sergals mainly, but there are other races serving as slaves. The Shigu acquired resources by pillaging whilst conquering Eastern and Western lands, thus many Eastern Agudners and other races were taken as "Technology slaves". The combatant force of the Shigu is comprised only of Sergals, therefore other races are treated as workers or slaves.

Because of the absence of Text and Verbal Language within Northern Lands in the past, native Northern Citizens can't speak fluently and generally cannot read or write text. Even Rain and Leeric themselves were not able to use language during their earlier years. As for text, they could not write any until the end of their days.

Within the Shigu, "Technology Slaves" receive comparatively good treatment whilst Farmers are treated like serfs, ending up on the receiving end of merciless treatment.

Shigu Economy depended on pillaged resources. Northern sergals having almost completely abandoned their hunter-gatherer lifestyle after Rain's dominium took over, preferring to gather food and resources through pillaging their rival clans and other acts of oppression. Although Rain hunted wildlife in her youth, her lust for warfare and pillaging other lands was too strong of an urge to be ignored. At the end of the dynastic era, she indulged in forcing serfs to cook food for her.

Ultimately, The Shigu Kingdom collapsed due to exhaustion from the years of ongoing war and the breakdown of its own internal administration. Leaving to waste all the lands they had conquered and pillaged previously, ruthless military expansionism that spread forces out too thin, with only one method of sustaining itself via pillaging.

Aside from that, strangely, every primitive creature generally avoids the area that Rain is in. 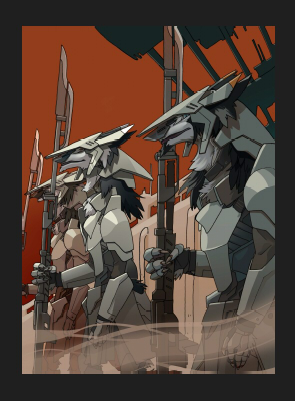 Most of the Shigu workforce is composed of captured individuals from other races. Their combatants within the army are purely Sergals. Other races had not been used in combat.

(If nevreans had been used in combat, the invasion of Gold Ring might have been a successful endeavor.)

The Military Technology of the Shigu advanced rapidly as they pillaged the resources of their Eastern and Midland Neighbours. The Agudner "technology slaves" were captured and forced to perform specialized research for the Shigu. With these results, the military technology had developed fantastically. Worthy of note is the acquisition of Eastern armor, which was ultimately revised and repurposed for pure combat use by Agudner "Technology Slaves". The Resulting armor design is now regarded as the standard, typical Sergal Armor. Northerners originally were unable to make such armor because of their lack of resources and technology.

In addition to the Agudners, they employ a few Biology student Sergals as scholars.

Rain Silves, Kadd the Staff officer and Leeric, Captain of the Special attack corps, all benefit from the presence of special guards, tasked with their protection.

The rise and fall

Northen market after World War, at the Shigu Dukedom.

With Rain's dominance established, the Shigu Army conquered the Eastern Reono lands at first, swiftly invading the Western lands afterward. Thus, Western sergals are annihilated and the cultural exchange alongside with the relationship between Western Sergals and Native nevreans is extinguished.

The Shigu set their sights on Gold Ring afterward, whilst having gained total control over Reono lands, they attempt their very first invasion of the city, which is promptly repelled by the Gold Ring Vigilance committee through the use of their readily available complex buildings, high ground and water channels. Afterward, The Shigu repeatedly tried to gain a foothold in Gold Ring for a decade, but ultimately all attempts failed.

Shigu were not the only ones who had sustained damage from ongoing warfare, because of the massive war conflict, the distribution networks were shattered, causing Gold Ring to suffer directly. The country lay in ruin because of battles waged across the whole known world of Tal. Diseases began to spread and the cost of resources soared. About 2/3rds of the Eastern and Northern population was lost due to the price inflation, famine as a result and weak individuals suffering a loss at the hands of wildlife, etc..

During the last years of Rain's Dynasty, till the collapse of the Kingdom, the Northern people are divided as follows; The ones who restart a simple, traditional lifestyle, the ones who try to reconstruct Reono and the ones that willingly go to Gold Ring as refugees. After the end of the war, the battered Shigu and Reono were able to walk the path to reform and reconstruction.

For a while after the World War, the Shigu lands developed a large city of their own, second only to Gold Ring, The "Shigu Dukedom" (Or Shigu Public). Due to the intrinsic Sergal nature of not holding grudges, anyone willing and able helped and cooperated with Northern sergals and as a result, their lands developed and globalized. Many Northerners have also gained the ability to use civilized spoken language and text since the foundation of the Shigu Dukedom.